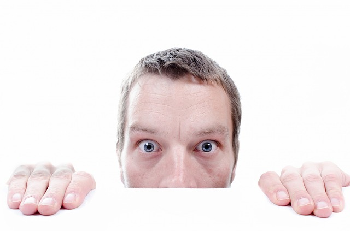 So, I’m going to these Alcoholics Anonymous meetings. I’m sleeping for shit. My life is falling apart in every way. My relationships are all fucked up. I have someone called a “sponsor” and she has taken me under her wing.

This is a good thing. Otherwise, I would have drank or killed myself.

That brother who took me to my first AA meeting keeps telling me to do my “4th Step, or I’m going to drink”. My sponsor tells me to listen to her and that my brother isn’t my sponsor and at this phase of my recovery I should only listen to one trusted source for guidance, my sponsor. She said that family is too close and lacks objectivity, which is why they make shitty sponsors. (I completely agreed with that one!) Afterall, it was my brother who told me to get a sponsor.

In the midst of all that, I’m having so many panic attacks that I can barely get out of bed or get dressed (yet I don’t even know what a panic attack is at this point, so I just think I’m losing my mind and ALL I WANT TO DO IS DRINK).

I’m told all of this is PROGRESS and I’m doing GREAT and this is what “SOBER” is. 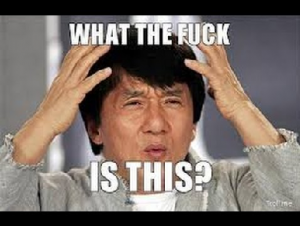 Needless to say, I did not experience a “pink cloud” in early recovery, as many others I have heard about. A “pink cloud” is a euphoric feeling that many get when they first stop drinking/drugging/using. Many say it has to do with a feeling of “freedom” associated with not having to lie, cheat, or chase that high any longer. They don’t feel alone anymore. They are surrounded by people who understand them for the first time. They feel a sense of peace.

THIS WAS NOT THE CASE FOR ME!

All I can tell you about me is that this…

Never happened for me.

So, what the hell was this thing called “sober” and why the hell did I stick with it?!?

From what I could tell, “sober” was simply “different”…

No…actually…”sober” was HORRIBLE (for me).

But, “sober” wasn’t KILLING me.

In the world of “sober” people said things like,”Keep coming back.” and, “We’ll love you until you love yourself.” and,”Yes, you did horrible things to people, but if you get straight, you won’t have to do those things anymore AND, if you’re lucky, those people will forgive you.”

These were things I was NOT hearing in the life I had been living before “sober”.

And, the MOST IMPORTANT thing I was hearing: “If you stay sober, your life will get better and better and one day, it will be better than you ever dreamt in your wildest imagination!”

I know I NEVER heard that when I was drinking and using!

I watched those people as I sat silent in the back of those rooms. They were happy. They were laughing. They were looking each other in the eye and helping each other because they WANTED to. I heard the stories of their pasts from them, their families, and even their kids. I saw how much their lives had improved because they were sober. “Improved” didn’t mean they were all “rich” with money, houses, and cars. “Rich” meant friendship, joy, and love.

Hungry, Angry, Lonely, Tired me decided to stick around and find out more about this “sober” thing. I was getting a good idea of what it was, and I wanted to find out more. I did my best to follow my sponsor’s directions on a daily basis and keep with the schedule that we set (see the “Sober Day” post).

Things were getting a little better, until…