Running a Pub Did NOT Help

My name is George…

…and I’m an alcoholic.  I never thought that I would say those words and be delighted to do so. I’d ducked the issue for many years.  I “knew” all about alcoholism. I come from a long line of booze hounds.  I cleared up my brother’s flat the day he got sober, disposing of 135 empty vodka bottles. Never occurred to me that it wasn’t normal behaviour to drink the full one I’d found on the drive home.  But I wasn’t an alcoholic.

However, my life was gradually getting more chaotic.  I lost my job after my first DUI (another followed 10 years later). It was just bad luck- wrong place, wrong time.  The fact that you can’t be much more in the wrong place than paralytic behind the wheel never entered my thinking.  My solution was the stuff of genius.  I got a job running a pub! The gig included accommodation.  With some judicious stock manipulation my booze was free. Happy days. After all, where better to normalise my drinking than in a room full of drunks? Eventually my bosses cottoned on and fired me.   My marriage went west, I’d blown a teaching degree and had a job which bored me senseless but paid enough to fund my habit and that of my second wife (another alcoholic).  We’d start the day hungover and swear we wouldn’t drink tonight, but always did.  She eventually decided that it had to change and went to AA.

I wouldn’t go.  I wasn’t an alcoholic. My drinking just went further underground. About 6 months later I had my own moment of clarity.  Ironically Jane was away at an AA retreat doing her Step 4 and 5.  I drank a litre of brandy but felt stone cold sober. That scared me shitless, as the previous night two beers had me falling over drunk.  That day I understood Step 1. I was powerless over alcohol and my life was completely unmanageable, but the sad truth is, I went along to my first meeting looking for the escape clause.  Looking back, I didn’t really want to quit. I just didn’t want the consequences any more.  A strange thing happened that night.  I went back home in a furious rage and 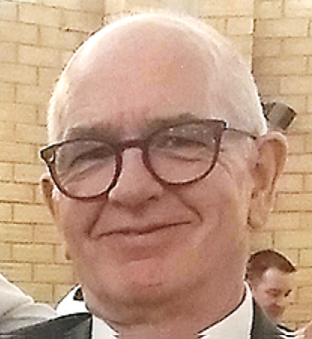 berated her for “telling all those alkies about me as they’d all been telling my story.”  In fact, she didn’t know a single person in that room.  The penny dropped. I was just like those people, had behaved the same, thought the same, feared the same. But they were alcoholics!!! Shit! That meant I must be too. Armed with that knowledge, life suddenly got easier and the compulsion to drink was lifted.

I don’t recall 99% of what was said at that meeting, but two things remain with me from that day to this.  Don’t take the first drink you’ll never get drunk, and no matter what happens keep coming back.  One day at a time I’ve done both those things and with the help and support of a good sponsor and the wider AA community, I’ve never felt the need to take a drink for over nine years. Is my life a bed of roses? Nope, life has challenges, but I know one thing.  I’ve never in my life had any situation, good or bad, which got better because I was drunk.  That was true when I was drinking, it’s been true since I got sober and it’ll still be true the day they screw the lid down!