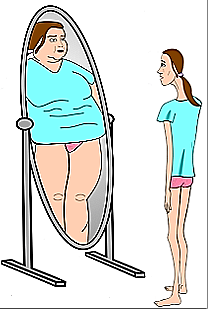 I had mild delirium tremens (DTs) when I quit drinking. Nothing that I needed to be hospitalized for. Back in the olden days, when I got sober, sweet things to eat were at all the meetings and encouraged by people with long-term sobriety to help people in new sobriety get through the DTs. This is because alcohol turns to sugar in the bloodstream, and sweets have been recommended as a good substitute for alcohol. While it helps with the cravings, it also causes people in new sobriety to gain weight.

Sooo…this was a problem for me.

I didn’t realize it at the time I quit drinking, but I had only one true “food” source at the time: Alcohol. So, when I quit drinking, I quit taking in any “nutrition” (for lack of a better word). As a result, my body started shutting down pretty quickly. Yes, I had the DTs from alcohol withdrawal…but I also had a lot of shaking from simply having FOOD withdrawal.

I mentioned a few posts ago that when I quit drinking I was working two jobs…poorly. My night job was Part-Time Assistant to the President of a MENTAL HEALTH CENTER!!! (I love how we end up exactly where we need to be.) Well, keeping up the two jobs in new sobriety, while not eating, was proving to be too much for me.

I remember one time I was at my night job and I started shaking so badly I called my friend Irene for help. Poor woman told me to eat a piece of pie. When I told her there wasn’t any available, she told me to go to the kitchen, get the biggest spoon I could find, fill it with the sugar they kept for coffee, and eat it. Sure enough, the shakes subsided! At the time we thought it was the DTs. We laughed MUCH later when we looked back at the insanity of that moment.

Okay…in the spirit of true transparency, I should say that I was eating SOME things. For example, if I went on a date with the boyfriend and he bought me food, I would eat some of it. I just didn’t have to worry about it because of those 6 or 7 laxatives I had taken earlier in the day. 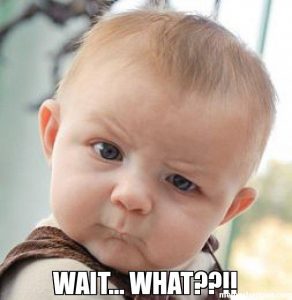 Was THIS a conscious choice??? Well…it started innocently enough. Because of my lack of food, there was a lack of…well…”output”. I couldn’t figure out why.

THIS WAS BECAUSE OF DENIAL!!

Who ever said addictions were pretty?

And, on those rare occasions when I would eat more than I could stand and I felt especially sick to my stomach, I would make myself vomit.

[A nurse once told me this behavior made me a bulimic. When I asked why, she said it was because I would binge and purge. I clarified that I never binged before I purged. I purged if ANY FOOD went into my body. So, while she still insisted I was bulimic, I have never identified as such. Not a big deal, just a personal interpretation.]

As any good addiction has a way of doing, this one started to catch up with me. I began passing out at inopportune moments in the most awkward places. Sometimes this would land me in the emergency room. My heart would start racing like it was going to bounce out of my chest. I was cold all the time and I would wear multiple layers to try and keep warm, even in the summer. My clothes were always too big. The bigger the better! The only time I had felt comfortable wearing tight-fitting clothes was when I was drunk. Now that I didn’t drink anymore, I was a baggy clothes girl all the way!

My behavior became very erratic too. My perfectionism became out of control! If you, me, them, it, we, weren’t all PERFECT, then I would lose my shit! Crying, yelling, wacko!

Definitely NOT a pretty picture…

Of course, the sane, healthy, happy, sober people around me started to see something I did not see: An ANOREXIC.

A few months into my sobriety, the manager of my night job asked me to come in and meet with her as soon as I finished my day job on a Thursday afternoon. When I got there she said that one of the counselors wanted to meet with me. Next thing I know, I’m in some supply room with a person I’ve never met being told that there is a bed waiting for me at some psych hospital (because there weren’t any eating disorder rehabs back then) where they would be treating me for anorexia. I’m sure she said a lot of other things, but I didn’t hear them. She said I had to be there in two days.

Yes folks, my job did an intervention on my ass.

I went to my day job the next day and boo-hoo’d to my supervisor that I HAD TO go to the hospital for treatment. She was in FULL support of the idea and gladly accepted my resignation.

My boyfriend drove me to the hospital. While I was there, a few things happened that still stick with me:

So, after leaving treatment, I had a lot to face in my recovery. I needed to face two addictions, head on. It was a lot and the struggle was real.

The most obvious – and difficult – difference between recovering from anorexia and alcoholism is that I could say no to alcohol. It was no longer an option for me to say no to food. Now, I had to do the opposite.

I had done so much damage to my heart from having been an anorexic for so many years that I was told I couldn’t work for at least 6 months after I left the hospital. I was homeless. My parents and brothers were kind enough to pack up my apartment and move my stuff to one of my brothers’ houses (THANK YOU) while I was in treatment because they knew I could no longer pay the rent. However, this meant that when I got out I didn’t have anywhere to go. One of my brothers and his wife let me live with them the whole 6 months and then some (THANK YOU) while I had NO income. And, I forgot to mention that another brother let me stay with him and his girlfriend right after treatment (THANK YOU) while they tried to get me into an outpatient program.

I tell all of this because I want you, dear reader, to understand how difficult – and blessed – sobriety can be. Yes, it was extremely difficult. I was poor and embarrassed and a whole bunch of other negative adjectives. I was also cared for and loved and supported. Some people showed their very best selves and others showed their very worst. Nobody was perfect, there were hurt feelings, and there were bonds forged out of true Love.

Today, I can still have very difficult times with my anorexia. Getting older, a slowing metabolism, hormone changes after my oophorectomy, and a change in my activity level have all contributed to me weighing more than I did even 5 years ago. Each new stage of life is new level of letting go of the body I used to have and embracing the one I have now. This is a good and sometimes painful thing. Again, I’m not concerned about my appearance because I want to look like a model. When I see myself getting bigger, I feel an almost unbearable urge to disappear, runaway, starve myself into vapor. It’s just very uncomfortable for me to feel…bigger. I realize it’s an old thought pattern, started when I was a very young child and would run away from home. This is no longer who I want to be or how I live my life. I am no longer ashamed to take up space…to laugh out loud…to be here just as I am.

Today I get to be “bigger” and I get to tell a new story. I’m so grateful I get to do that here.

If this story helps even one other person, then that would be the blessing on top of the miracle.