So my story begins with me being young I lived with my dad my mom wasn’t around (this is relevant to me getting involved with drugs) when I was 12 my mom started to come around a bit and my dad thought that maybe I should stay with her a couple of years to be around a woman well my life wasn’t horrible with her but there are definitely things that shouldn’t have happened. She was getting off drugs for one which is a good thing and she did it but then after she was paranoid of me even tho I was a very good kid and she accused me of things she did as a teenager all the time although I told her literally every single thing I did. (Once I was at school she called literally every contact 250 people including my school and principal and asked them what kind of “relationship” they had with Me. I was mortified.) But anyways to the point I met a guy when I was 14 about to b 15 and he was 22! My mom didn’t have a problem with it (I even do looking back on it but of course then I didn’t) well after a month or so of dating his parents found out my age and made him stop seeing me (this was the guy that took my virginity so it was a huge blow) so my mother being who she was let the guy come stay nights with me so we could still “see” one another but it eventually ended.  (and there were good times with my mother I’m not going to say they were all bad or She was all a bad mom all the time I mean sometimes we had lots of fun and I did learn things about being a woman from her) so that’s how it all started with Me dating older guys. Long story short when I was about to turn 16 I couldn’t take being accused anymore though I clearly told her everything I couldn’t have a moment without being accused and she was mean plain mean alot of the time, so I moved back in with my dad. After I moved in with him he got sick from an infection in his blood and almost died so of course being in the hospital alot he couldn’t keep an eye on me (he is Alive and well now we are close and I love my dad, me and my mother don’t speak we tried to have a relationship after I moved out on and off for years but she still struggles to stay sober and she does alot of things that hurt me. Most recently I wrote a poem about my relationship with her and she told me she hoped I die when she found out about it so I had to cut it off) and my grandma did but she worked all the time so I was pretty much to myself an adult at this time. Well when I was 16 I met a guy that was 24 and thought I loved him. (I can say that now bc that was definitely not love my husband showed me what true love is) I use to have real bad cramps I mean double bent in the bathtub crying cramps. Well he came into the room one night when I was having trouble with them and offered me a pill. (Please keep in mind I was 16 from a small town, sheltered as far as knowing about drugs and what kinds especially about pills I thought only recreational type drugs existed and I knew nothing about addiction) well he told me the pill was an “ibuprofen 800 just like a Tylenol but a bit stronger so had to be prescribed by a doctor” I fully trusted that this man would never hurt me so I took it without a single thought. I took approximately 3 a day for about 3 weeks (it takes only around 5 days to become addicted to pain pills). One day I didn’t take any and I was at the time experiencing extreme withdrawal but I had no idea why i was sick and hurting so I asked him and he calmly as if it were no big deal at all explained to me that I was “pill sick” was his words and that I needed more pills and I said from a Tylenol and he said it wasn’t, it was a loritab 10mg (very addictive type of pain pill) and I asked why he lied to me and he said “I love u so much I didn’t want to see you hurting” (and of course me being a naive child I took that and found out later it wasn’t that at all but that he wanted me to become addicted so I would do it with him and not fuss or push him to stop and help him get more bc ppl I knew got them i would later find out he knew all this all along) and he told me he would take care of it and I would no longer be sick (I still didn’t know I was even addicted at this time I didn’t know thats what this was or that pill sick 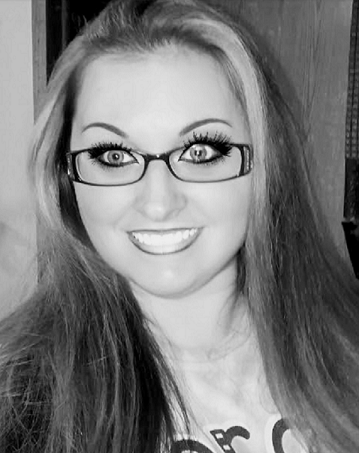 meant I was addicted and how bad and serious addiction is) so I continued to take those for about 3 months until I built a tolerance and then moved to roxycodone 30mg. This is where it got really bad. This is where the severe abuse and stealing and him shooting up behind my back started (I never shot up I only snorted which is no better but I didn’t). That continues for quite a while. Then one day he told me to get my truck and come on to get some scrap metal he had permission to get so I went and long story short we didn’t have permission and he was stealing from a railroad company which is a huge no no. When the cops got there i was only 18 I mean I had my dog and my truck I mean come on if I knew he was stealing would I bring my dog and ask an employee for gloves to load the metal. Lol I was so naive man. Well the cops came and he blamed it all on me and they took us to jail impounded my truck and took my dog to the pound. That was the final straw especially when the cops showed me the needle in his wallet. my family bailed me out and I left him in there and broke it off. But the addiction didn’t just stop there it took 5 years after that for me to get ready to stop on my own. I had been sober and on Christmas of 2014 I had a seizure from withdrawal and went to the hospital and the next day i got in a program that helped me tremendously and have been clean ever since. 5 years. And now I’m married to the man of my Dreams. No relapses, passed all drug screens, thru a program, and it doesn’t matter how you choose to do recovery whether it’s cold turkey, medication assisted, rehab, or AA, because we all want the same thing sobriety so If it works for you it doesn’t matter what it is. When I first started this journey I was so judged by my method of recovery that it almost caused me to relapse bc I was thinking in my head if “I’m going to be told I’m still an addict or I’m replacing one thing for another then why not just do what I want to do” I’m so glad that instead I talked to my counselor and we worked on a plan for me to dust ppl off and I didn’t relapse then and haven’t since but bc of people refusing to educated their self on very successful methods of recovery they choose to judge and b part of the stigma instead of the solution and I think that judgment has to do with alot of ppl not getting the help they want and deserve bc the type of recovery I chose made it a whole lot less scary for me to start off and that’s why I did bc Im terrified of withdrawal and it eased them didn’t take them away but eased them and without that I would not have gotten clean and bc of judgement I almost didn’t that’s why that is so important to me.  My story is truly a story ppl can learn from especially teens. I do take full responsibility for my addiction as well (or I wouldn’t be clean) I just think people can learn from hearing my story.  Thank u!
~Bri B.