My first go round with opiates happened in 2002 when I was a clinical pharmacist and had just gotten married.

I was stealing Percocet and OxyContin directly from the safe because I found a loop hole in the computer system. It was 20 years old and had no security.

I went on a two week honey moon to Florida. The first week was great because I brought stash of meds. I even swam with a dolphin. But the second week was horrible cuz I ran out and went through withdrawals that I didn’t expect because I didn’t think I was an addict. I was in such denial about what I was doing.

We came home and I went right to the hospital as soon as she fell asleep and kept on going like before. I got caught and was turned over to the police. I detoxed in the hospital where I worked. It was horrible I was on suicide watch and most of the nurses treated me like a leper.

I went to a rehab called Marworth that had a program for health care professionals. It was amazing. I loved it and was scared as hell when I left 3 months later. I gave up my license and was out of work for almost 2 years. I completed drug court and ended up fudging an application and went to work at Burger King for minimum wage. I ended up becoming a manager and worked there until my right leg was amputated.

I had relapsed on pot in 2010. And did a few pills here and there but never enough to get withdrawals. I got an infection in my right foot and had it amputated in 2013. I got on complete disability after that.

I did great afterwards. I had minimal pain control and continued to smoke pot . Life was difficult but I did ok. I then developed and infection in my left leg that led to another amputation in 2016. When it happened I hid it and when I became septic I wanted to let it kill me. But I randomly saw a picture of my niece on my phone and decided I want to see her grow up. So I called an ambulance and ended up in a hospital with no legs.

I stayed there for a month getting dilaudid. First IV then pills. I then spent a month in a nursing home for physical therapy and got dilaudid the entire time. I was sent home with 100 pills and told to ween myself off. They lasted almost 3 weeks but I was hooked. My best friend and the woman I had been madly in love with for like 8 years had a source for MS Contin. It turned out she had a daily habit so we teamed up to get enough for daily fixes.

When that source dried up we were introduced to heroin by her ex. She moved in with me and we became this codependent married couple minus the actual sex. She slept in my arms every night and we were intimate but no intercourse. I was the mayor of the friend zone. Everyone thought we were a couple especially if the saw her Facebook. But she was always quick to set them straight. So fucking painful. It just fueled my addiction especially when she brought other men home. And eventually doing favors for men to get money or drugs to get us through till the next payday. We were dope sick a lot and neither of us could handle it. She said she did what she did because she hated seeing me sick. The guilt from that made me want to use even more.

I finally hit my bottom when we were sick and I had only the rent money in my account. We almost got evicted once but my parents bailed us out. So we had a huge fight cuz she wanted to spend it on dope. I asked her if dope was more important than us staying together. She said yes. I lost it the whole way up to Rochester. I blew five bags half hoping to overdose and die.

The next day I called a rehab called Casa near me. I cried thru the whole conversation and got an appointment for the next day they were open. I went to detox and started the outpatient program and got MAT. It saved my life. I left her and moved to the town were Casa was.

I have been sober for 2 years. I still miss her but I can’t handle her toxicity. I eventually got of the bupenorphine. I used kratom for a few days to handle the withdrawals but it really wasn’t so bad. Definitely a gift from my higher power.

I am an NA member. It also was a big part of my sobriety. I also got into podcasts on sobriety and I found the Dopey podcast. The hosts interacted with me by email and direct messages. They became friends and the support of them and the other fans of the show became my main motivation to keep goin forward. We call ourselves the dopeynation and on Twitter I have made so many friends have gotten so much support it’s incredible.

That’s my story. I still go to meetings and feel great. Sobriety is a daily gift and I appreciate it as such. Thanks for reading. 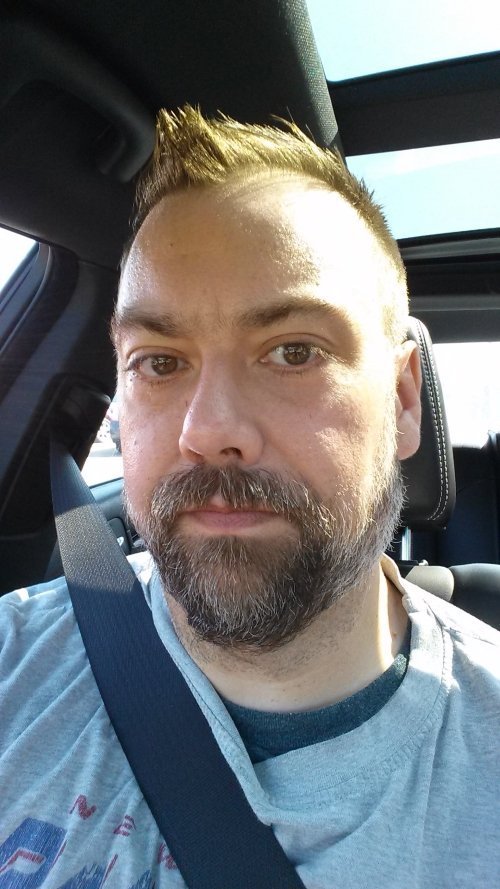