Meds vs. Drugs in Sobriety

If you wear glasses, I’d like you to remove them and then go about your day without them. If you don’t, then you must know someone who does. Think of a person you know who has the WORST vision. Now, ask them to take off their glasses and  go about their day without them.

Why the fuck am I talking about glasses?

Because glasses are prescribed by a doctor to support your eyes. Two organs in your body that are not functioning correctly. And, without that PRESCRIPTION you and others could be hurt.

Now, let’s look at the pancreas… 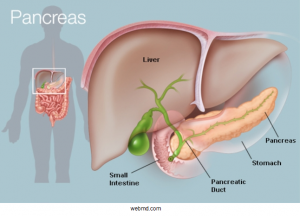 For those of you who don’t know…this organ creates insulin. Insulin is what people with diabetes need and do NOT get from their pancreas. As a result, a doctor prescribes them insulin which they must INJECT every day. Often multiple times a day. Would you get mad at someone for having diabetes? Would you get mad at them for injecting themselves with this drug?

If someone with diabetes does not take their insulin they and others could die.

Now, let’s talk about the brain. The brain is an organ. It is one of the two MOST IMPORTANT ORGANS IN THE HUMAN BODY. (The heart is the other.) Often times, the brain needs medication to function. Just like the eyes and the pancreas. Only worse, the brain is a far more complicated organ than the pancreas and the eyes put together! There are parts of the brain that doctors are still exploring and still don’t fully understand!

I’ve heard the arguments: “I’d like the easier softer way to feel better too, but I choose not to pop a pill to make me happy.” or, “Alcoholics and drug addicts will use any excuse to take a mind-altering/mood-altering substance.” or,”They are only taking that because they are not working their Program. If they were spiritually fit, they wouldn’t need meds. They are ruining their sobriety!”

I have witnessed what happens when someone thinks they have the right to tell someone else that they “should not” take their doctor prescribed meds because it “ruins their sobriety”. That person stopped taking their meds and had a psychotic break (“Usually regarded as a combination of disturbed emotions caused by the illness itself, such as uncontrollable anger or paranoia, and the secondary symptoms associated with having a mental disorder, such as depression and thoughts of suicide. https://www.psychguides.com/guides/psychosis-symptoms-causes-and-effects/). It was horrifying and heartbreaking to witness. None of us knew why it was happening until later. The worst part was that the police were called and he ended up going to jail on an assault charge. He didn’t get the help he needed until much later. So many people were angry with him. If he had stayed on his doctor prescribed meds, he would have been fine.

It’s entirely possible that people in the Rooms are taking doctor prescribed meds and getting high from them. In which case, they are lying to you and me. So what? I get to not hang around them. I get to not sponsor them. I get to know the truth…

They are only hurting themselves.

I am far more afraid of the alternative: There are people in the Rooms who DO need doctor prescribed meds and are not getting them for fear of being judged or being told that they “should not” take them.

I guess what I’m trying to say with this post is that it’s not my place to decide someone else’s medication needs. Now that pot is legal in Washington State, I see it (and smell it) everywhere. People are using it for all sorts of medical reasons. Doctors are prescribing it. What am I supposed to do about it? Not a fucking thing! I don’t use it. Never have. Don’t want to. Am I supposed to become the Pot Police? Nope.

Back to my original argument…one that I truly, firmly support: The brain is just another organ in the body. It needs medical intervention just like any other organ. The day I become a medical provider who knows what that organ needs is the day I can decide what someone else should be doing with their brain.

I wish you all good health!